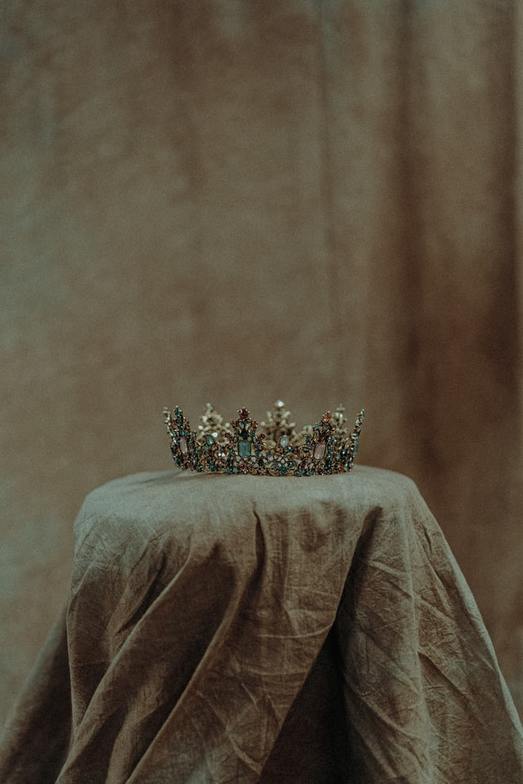 Last night, we talked about how the poet of Psalm 8 was amazed at the elevation of dirt creatures (i.e., humans) to rulers over our planet. One intriguing, deeper note from this psalm comes from a word study of the Hebrew word ḵâḇôḏ (pronounced something like "kah-vode"). That is the word translated "glory" in Psalm 8:5. The poet penned, "Yet you have made him [i.e., humans] a little lower than the heavenly beings and crowned him with glory and honor."

That word paints a more fulfilling picture than we get in its second language (Hebrew to English). Most basically, it simply means "heavy." (So, it could be translated, "crowned him with heaviness and honor.") For instance, in Judges 3, the narrator tells us that “Eglon was a very fat man.” “Very fat” comes from a derivation of ḵâḇôḏ repeated twice over—so, Eglon was “heavy heavy.” Used in a metaphorical sense, the word came to symbolize “glory” as well.

We do the same thing. We speak of a situation having “gravity”—there is a weight to the situation. It is a heavy situation. We speak of things that “matter”—they have matter; that is, they have weight. We even use the word “heavy” itself in a nonliteral way when we say things like, “He has a heavy heart right now.” (Meaning that there is something that is weighing his heart down, making it difficult for him to function normally.)

In each of those cases, we’re speaking in metaphors. We’re trying to communicate that this situation/thing/person is important/substantive/significant. That it takes up space. That it has bearing on everything that surrounds it. And the more bearing it has, the more ḵâḇôḏ it possesses. An easy way to envision this phenomenon in real life is to imagine the President walking into the room, surrounded by Secret Service agents. All of a sudden, silence combined with excited whispers would envelop the entire space. In very definitive terms, it is abundantly obvious that this man possesses a lot of ḵâḇôḏ. He has an aura about him.

A biblical example: in Psalm 7:3-5, David prays the following.

O LORD my God, if I have done this,
if there is wrong in my hands,
if I have repaid my friend with evil
or plundered my enemy without cause,
let the enemy pursue my soul and overtake it,
and let him trample my life to the ground
and lay my glory in the dust.

Lay my ḵâḇôḏ in the dust. Lay my heaviness, my significance, my reputation in the dust and let them trample on it.

Now to Psalm 8. This word study has at least two special applications as I see it. First: for some reason, God has crowned us dirt creatures with tremendous ḵâḇôḏ. Just by virtue of being human, we have weight to us. We matter. You matter! I matter! Praise God!

However—and this is the second application—that ḵâḇôḏ is not my own. It is not an inherent, intrinsic, earned honor. It is contingent on God’s ḵâḇôḏ. We matter only because God matters, and he has bestowed such honor upon us. Those statues (i.e., images) of the king in foreign lands only mattered because they represented the ruling kings. A statue of me placed in Paris, France would carry zero weight—why would anyone care? If I were the president of France, though, and I placed a statue in downtown Paris, that would be an entirely different story.

Our mattering as humans shouldn’t cause us to lift our noses into the air in arrogance. Instead, it should drive us to our knees in worship of our maker, sustainer, and redeemer. After all, where do we image God better than in our weakness? For when we are weak, then we are strong.

May 15
Tried by Fire